Yesterday I showed you the first 6 letters of this alphabet. Here are the next 6. 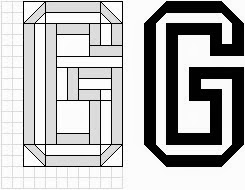 G looks simple enough but the piecing for it doesn't. But looks can be deceiving. I broke it down so that you  can see how it goes together.

All the pieces are simple to make. There just happens to be a lot of them. 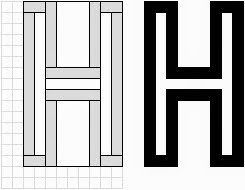 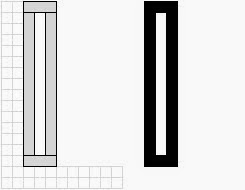 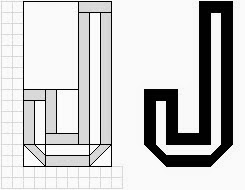 The J, like the E and F yesterday, is one of those letters that is slightly narrower than you might anticipate. 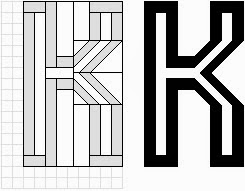 Often people assume I paper piece my alphabets. I don't. I prefer to simply piece.

However, there are exceptions.

I do sometimes paper piece part of a letter.

The diagonals in the K are much easier to do if they are paper pieced. I prefer the freezer paper method. 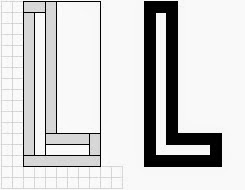 The L is even narrower than the J.

How narrow to make the L is not a simple decision. 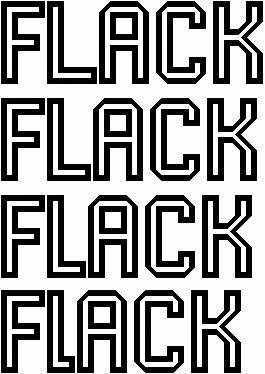 The L in the first word is the same width as the A, B,C,D etc.

The L in the second word is the same width as the E,F & J.

The last L is the narrowest.

The space between the L and A tends to break up the word. The goal is to reduce the space but not make the L look odd.

The last L is too narrow; it looks like it belongs to a different alphabet.

I decided on the third L.

Again this is to keep the word from breaking up by reducing the open area between these letters.

If the first letter was a B instead of an F the spacing between the B and L would be the same as between the A and C.