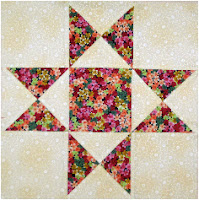 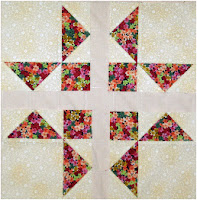 To avoid problems later on, I pressed the seams of the hour glass squares on the sides of this Ohio Star block open before I cut it into quarters.


I quite like the Quarter of Nine block that I get from an Ohio Star block. It is an interesting block all by itself and it combines to form some interesting larger blocks as well. 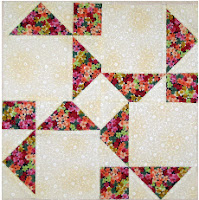 When this block is sewn into a quilt, the points of the triangles at the edges of the block will get squared off by being turned under into the seams. This has already happened to the triangles in the center of the block.

I like the look this gives to the block. The triangles are no longer sharp and pointy. They are somewhat gentler and friendlier. 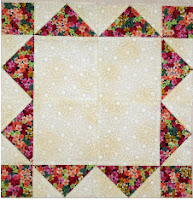 This block makes a nice frame for some decorative quilting or perhaps some applique. 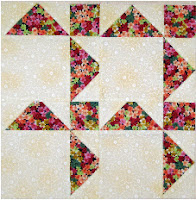 Four Ohio Star Quarter of nine blocks lined up so that they all point the same way enclose a negative space in the shape of an arrow. 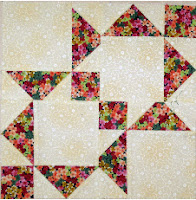 This block has two Quarter of Nine blocks pointing in and two pointing out.


I like this block but I would like to see how it looks with a greater variety of fabric colors. 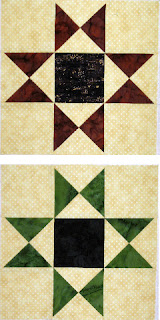 What if I start with these two Ohio Star blocks? 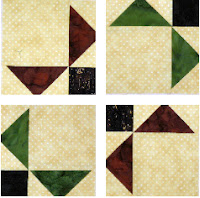 I can use two Quarter of Nine blocks from each Ohio Star block to make a new block. 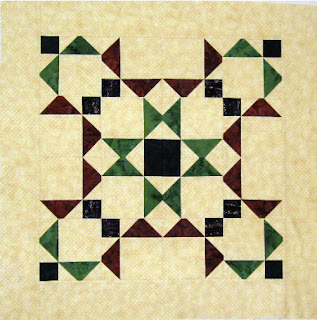 I can use four of the new block to make a table topper.


Playing with Quarter of Nine blocks is an easy way to create new quilt designs. You start by making simple familiar blocks that are based on a ninepatch grid. You cut them into quarters. Then you arrange them in all sorts of different ways until you find something you like. There is nothing difficult about this. It is a wonderful way to make quilts that are truly your own.