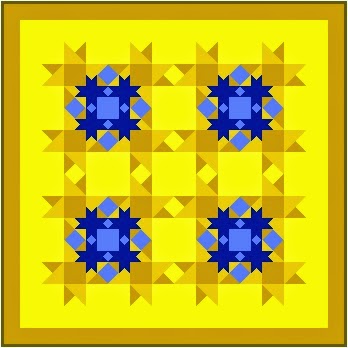 I'm going to play with a kind of block I call an Echo block. I make an Echo block by combining a traditional block with a smaller version of it to make a new block.

Today I'm using an Ohio Star block. The small version is a quarter of the size of the large block.

The small block is superimposed in the corner of the large block.

It's easier to see the two stars when the block is colored in.

I tried coloring it several ways and like this version. 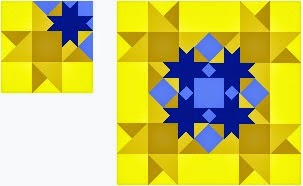 Four of the new block rotated make this larger block which I used to make the design at the beginning of this
post. 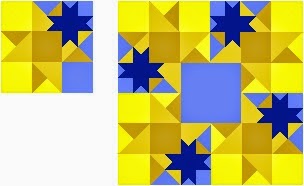