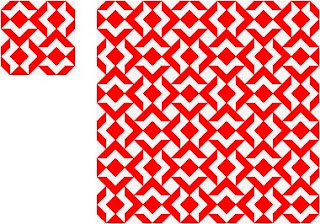 I've used Empire Star blocks for this example because they are asymmetrical. As a result I can place some horizontally and some vertically.

However, the connection is not very strong. How can I make it stronger? 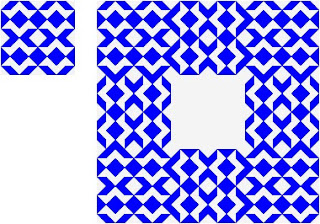 This time I've created groups of four blocks, some groups are vertical and some horizontal.

Because they are closer together the blocks within a group form a closer connection. The orientation of the groups is stronger as a result. The connection between similar groups is also stronger. 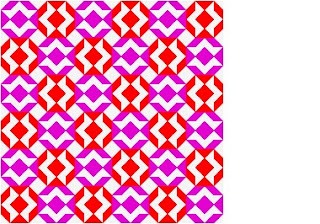 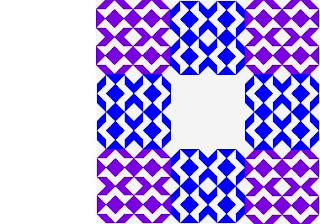 Can I make the association even stronger? 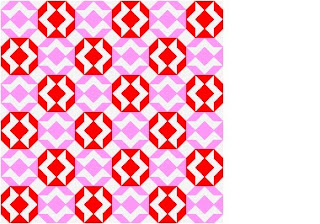 Similar values associate.  By giving the vertical and horizontal blocks different values  the connection between blocks and between groups becomes even more apparent. 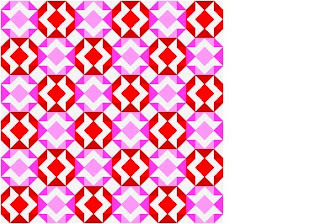 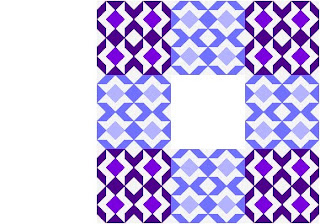 Because similar colors associate, I can make the blocks and the groups more interesting by varying the value of the color in a block without losing any of the connection that keeps the blocks with similar orientations associated.