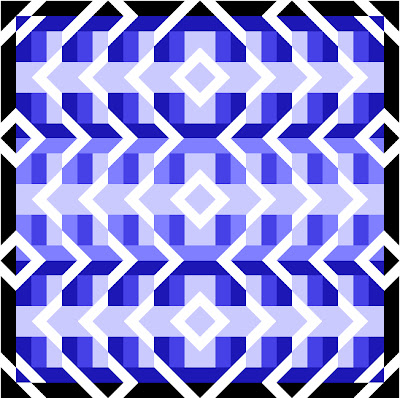 I did a trunk show a little over a week ago and somebody mentioned that I use a lot of white in my designs. It's true; I do. I often use white as a background and I have to make a conscious effort to use other colors instead.

I was at a quilt show a couple of days ago and saw some white lace flowers on a colored background. I suddenly realized I could be using white as a foreground color.

Yesterday, while designing blocks on a 3x4 grid, I discovered this block which features white.

So today I'm going to play with it and see what happens. 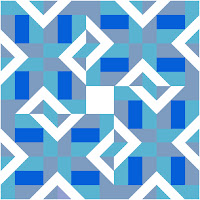 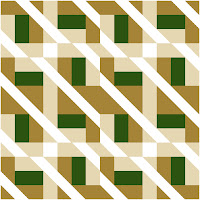 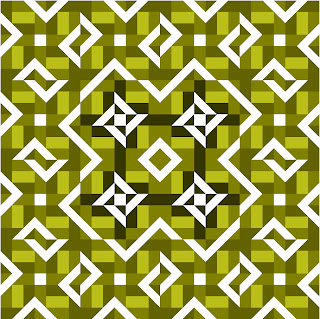 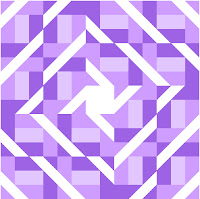 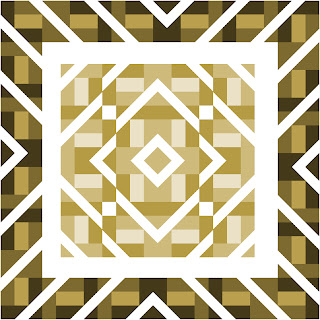 I've been quilting about 10 years now. I've often used white when I've done pieced lettering. Until now I've never thought to feature it in a quilt design. But now that I've thought of it, it seems like such an obvious thing to do.