Quilt design doesn't happen in an instant. It takes time. It starts with a small idea that grows and changes many times. Sometimes that small idea never stops growing and changing.

A couple of years ago I was doodling on a nine patch grid and came up with this simple design. I thought it was interesting.

I got rid of the unnecessary grid lines and decided this is how it should be pieced.

When I put 4 of my simple design together I got this block. 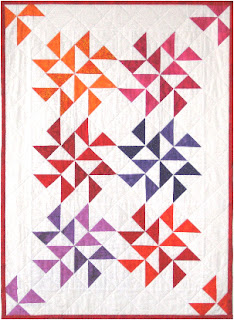 I used that block for this quilt which I sewed in 2008 and which I call Cochrane.

When I published the pattern for Cochrane as part of my Alberta Series I thought it would be interesting to include a second version in which the block was colored very differently.

This is the second version of the block. It makes a quilt that looks nothing like the original.

When I revised the pattern for Cochrane in 2009, I decide to included several other color versions of the block for people to play with. This blue and white version was one of them. 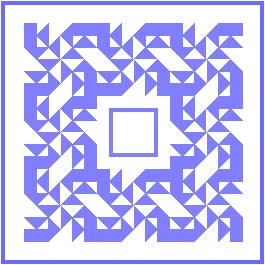 I also suggested that the blue and white version could be used like this to make a table topper.


Recently I got the urge to actually make this quilt. But I wanted to change it a little first. 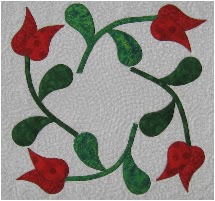 In May of 2010 I bought a Go fabric cutter. It uses dies to cut shapes for applique.

While playing with one of those shapes I discovered this Tulip-like flower.

What if I were to use this flower as part of my new Cochrane quilt? 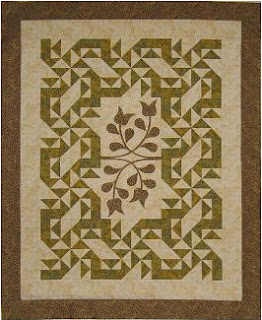 I had to extend the pattern by a block to fit the flowers in. And I experimented with making it a 3 color quilt.


Is this the end of the story? I don't know. I do know that I have already designed other quilts using the Cochrane block; I might  be inspired someday to sew one or more of them. I will probably make a change to the design when I do.