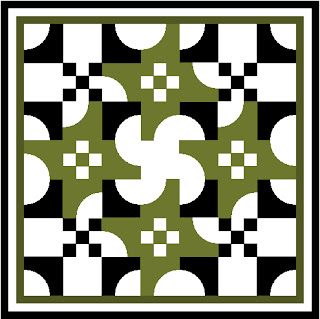 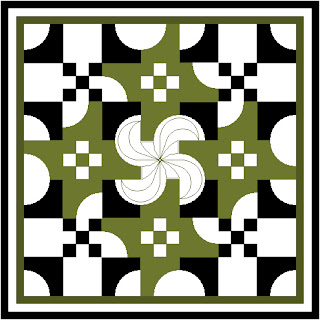 What if I start in the center with a semi-circular pinwheel? 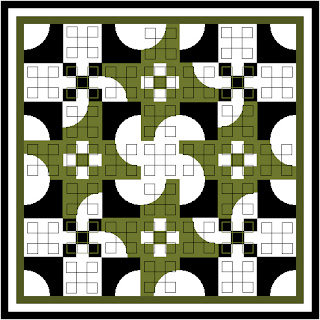 What if I mimic the Nine Patch blocks using a black thread ?

It covers the territory but it detracts from the main design. 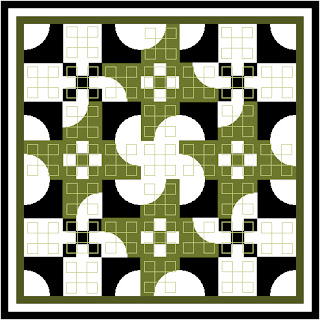 What if I use a light green thread instead of black?

This is better but it's not complete. 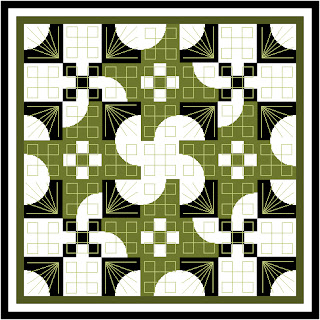 What if I try a spray of green rays from the corners of the black Drunkard's Path blocks?

I like the rays; but there is too much Nine Patch mimicry. 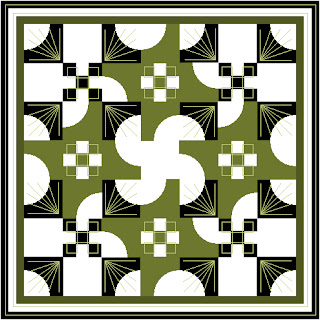 This is good. I need to fill in the blank spaces, but I need to do it subtly. 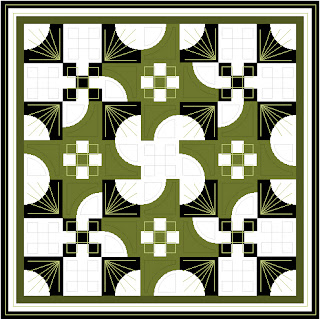 Quilting can greatly affect the appearance of a quilt. To see other quilts and how quilting affects them, go to My Posts by Subject in the sidebar on the right and click on Quilting.