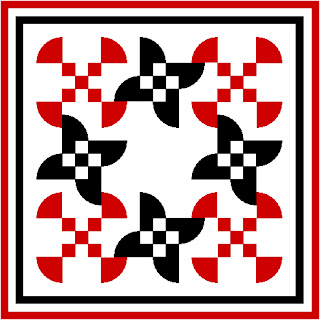 This quilt top from 22 December 2010 could use some quilting. 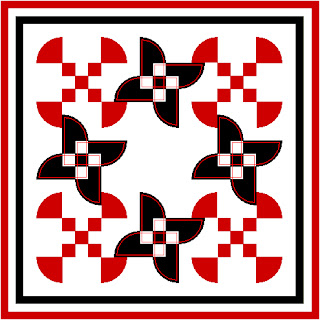 What if I inline the black pinwheels with red thread?

This decorates the pinwheels without overpowering them. 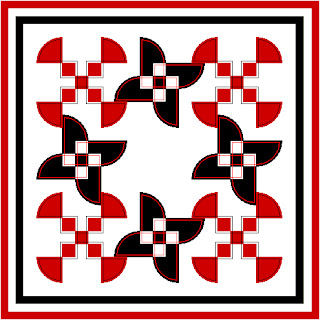 What if I try something similar with the red motifs, but using black thread?

I think this works too. I'm off to a good start. 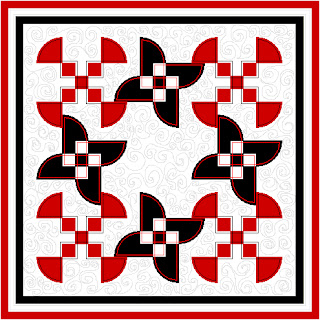 The black pinwheels remind me of propellers. What if I add some white on white turbulence?

This works but it feels a bit timid to me today. But I might feel different about it some other day. 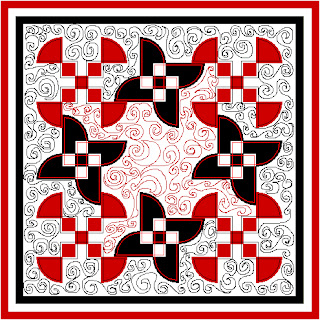 What if I color some of the turbulence red and some black?

This might actually work in real life. But I am worried about the background competing with the main image. I'm getting timid again. 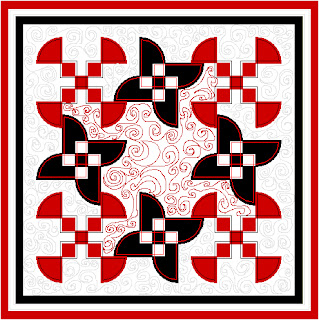 What if I leave the center red but go to white on white outside the center?

This is much less messy. I like the stronger contrast this gives. 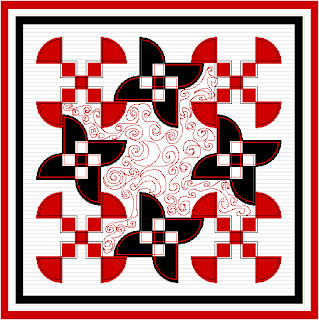 What if I replace the outside turbulence with a series of horizontal lines?

This adds another kind of contrast and has a calming effect. I'm going to leave it like this.