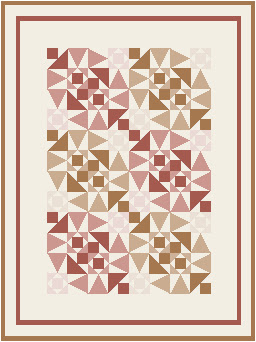 Starting With Storm At Sea Blocks

Storm at Sea is a traditional block that is designed on a 4x4 grid.

It is usually assembled from 9 units, so you might consider it to be a Nine Patch block.

However, it can be assembled from 4 identical units, which would make it a Four Patch block.

If you make the 4 units and play with them you find that you can use them to make blocks other than a Storm at Sea block.

I call such blocks Quarter-of-Four blocks.

I played with some Storm at Sea Quarter-of-Four blocks and thought you might like to see the sort of quilt designs that can be made using them. 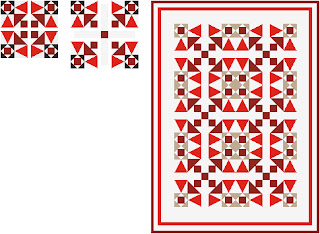 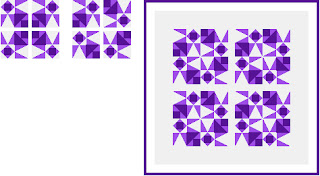 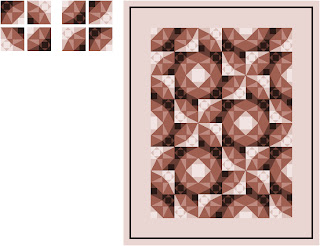 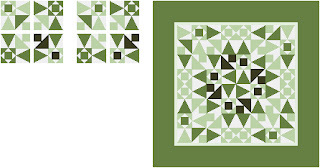 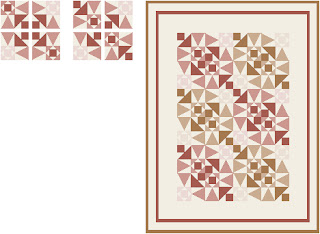 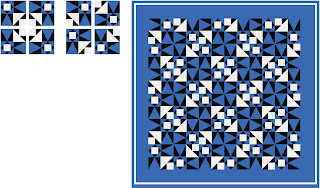 I don't pretend that I've done more than scatch the surface of what is possible. You might want to play with Storm at Sea Quarter-of-Four blocks and see what else can be done with them.