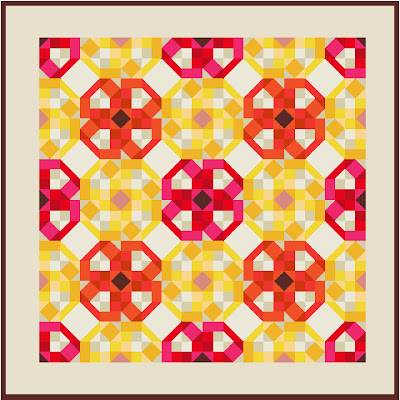 I designed this quilt using the four patch block that I designed and named for the town of Golden in British Coloumbia.

Here's how it happened. 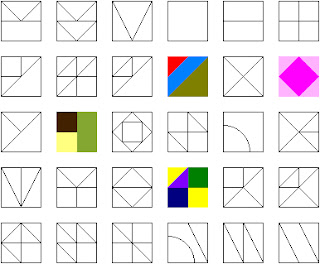 I started with this table of quilt units.

I picked 4 of them more or less at random.

And colored them more or less randomly.

I assembled the 4 units to make a four patch block.

Then changed the colors to make it look like something.


The next step was to play with various arrangements of the Golden four patch block.

There are more possible arrangements than these five. But they were a start. You might want to try playing with some of them. 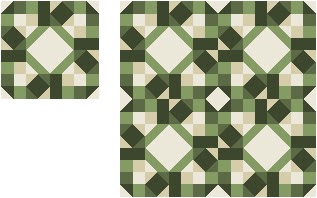 I chose the second one and put four of them together to see what sort of pattern emerged.

I saw the possibility of a flower in the center. 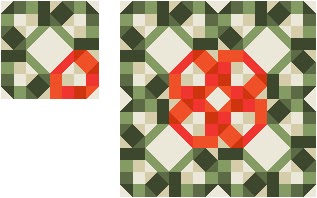 So I recolored one of the four patch blocks and the flower emerged. 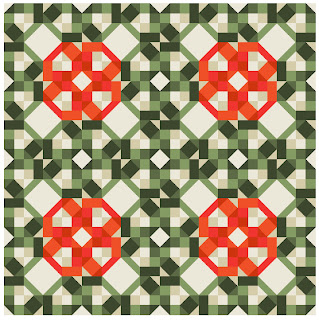 Will this still work if I want to make a larger quilt?

Too much green and not enough color for my taste. 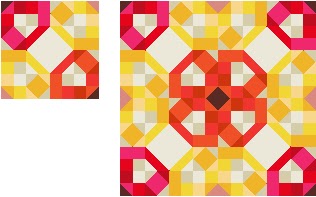 So I tried the four patch blocks in several colors.

The result is the quilt design that started this post.

Even though I had a quilt design I liked, I didn't stop.

Once again I tried coloring the four patch block differently. 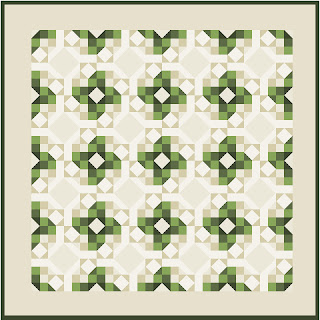 And got this quilt design.

I tried a scrappy design. The greens in this version are randomly placed. 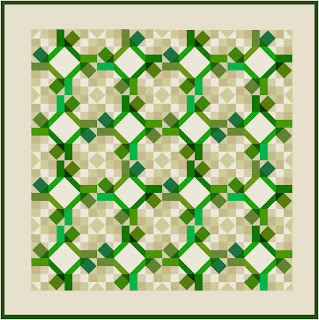 I think three quilt designs is enough for now.

However, keep playing with how the four patch block is colored and even more designs will show up.