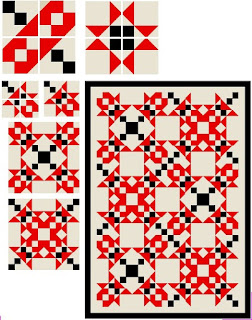 Last year some time I cut a Jacob's Ladder block into 4 quarters and then did the same with an Ohio Star block. I shuffled the pieces and came up with two new blocks. Then I used the blocks to design a quilt top.


The quilt top deserves a better border than the one I gave it. So I thought it was time I did something about that. 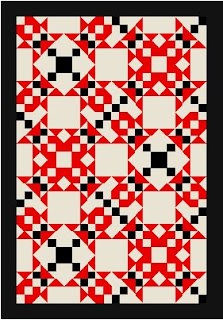 What if I make the border wider and run it up against the blocks?


It was better before. This is heavy and restrictive. 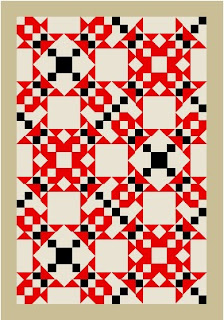 What if I tone down the border by making the same color as the background only slightly darker?

This is better but dull. 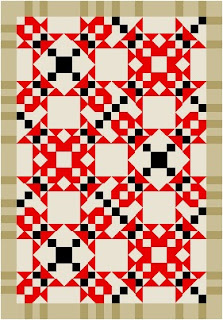 What if I add a second version of the background color to the border?

The border is more interesting but I'm not happy with it. 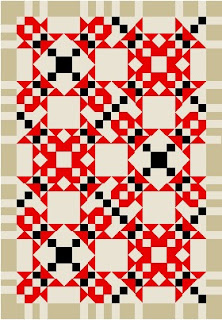 What if instead of adding a darker color I use the exact same color as the background?

I like this. Except I'm no longer happy with all that red; it's monotonous. 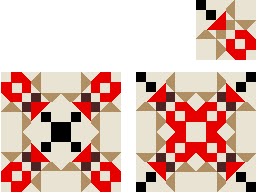 What if instead of red and black for the Ohio Star blocks I use the darker version of the background color?

These are my two new blocks. 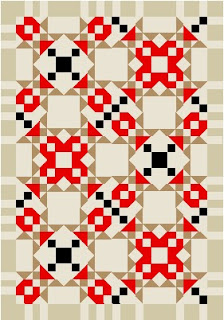 I've changed the design of the quilt top. But that's allowed. Designing doesn't stop until after the quilt has been sewn and quilted.

I like this but the border still seems a bit weak. 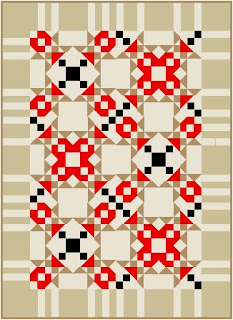 What if I double the size of the border?

This makes me happy. This is my final answer. Well, at least for now.