If You Change Something Old,

You Get Something New 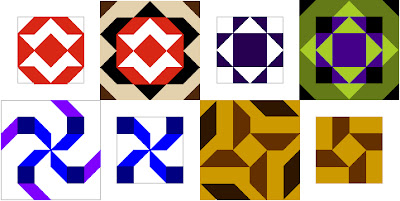 Yesterday I added an outside design to blocks with 3x3 grids and got new blocks with 5x5 grids.

SaraJoan liked the idea but used a block with a 4x4 grid and got new blocks with 6x6 grids. She also put borders (which I like) on her ideas to make them quilts. To see what she came up with go to Iridescent weasels and other beasties.

Today I'm going to do what SaraJoan did, I'm going to use traditional blocks with 4x4 grids and add to them to make new blocks. However, I won't be adding borders. 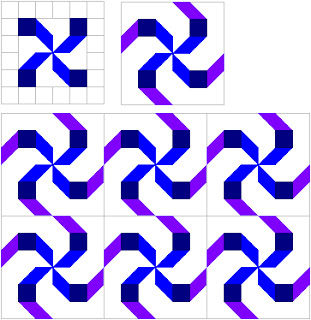 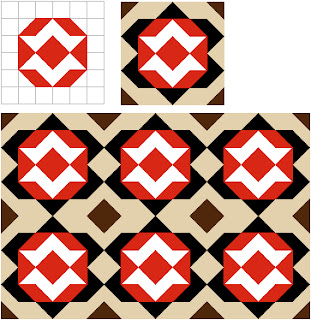 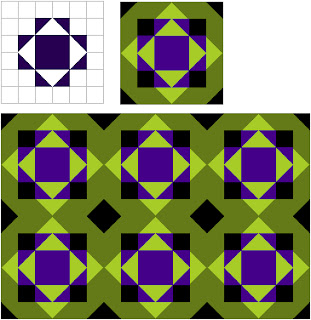 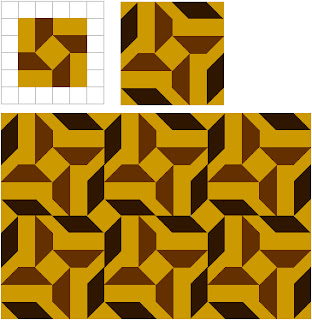 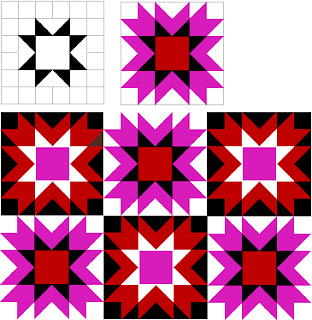 
If you are thinking that this looks easy to do, you are right. You should try a few and see how easy it is. SaraJoan did and found it was fun.