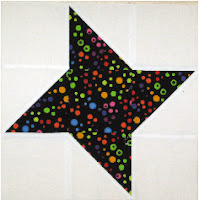 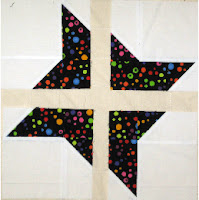 The result is 4 Quarter of Nine blocks that are really quite strange.

But these Quarter of Nine blocks are not symmetrical which is why they look strange. But that's not bad, because being asymmetrical means that they have more potential than other blocks. 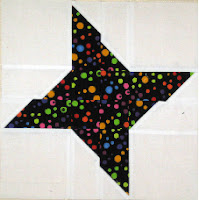 Because it is more detailed than the original I find this block more interesting. 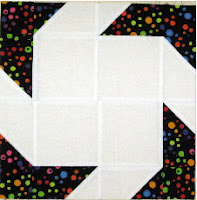 When the Quarter of Nine blocks are assembled like this, it becomes apparent just how much of a Friendship Star block is just empty space.

As it stands this block is not the most exciting. However, with some decorative quilting it could become something wonderful. 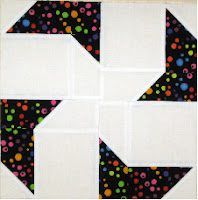 There is still a lot of room for quilting in this version. Or perhaps some applique. 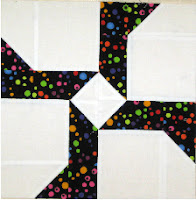 The empty space is around the outside in this version, where, for some reason, you don't notice it as much.


All squares have 4 corners. The 4 larger blocks I've just shown you were, in each case, made using a different corner of the Quarter of Nine square as the center of the block. 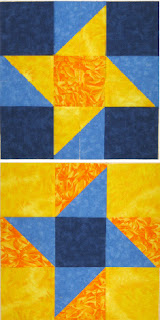 So far all the Quarter of Nine blocks I've used have come from a single block.

But what if I make 2 Friendship Stars the use the same colors but in different locations? 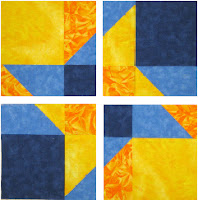 I can assemble new blocks using 2 Quarter of Nine blocks from each of the Friendship Star blocks. 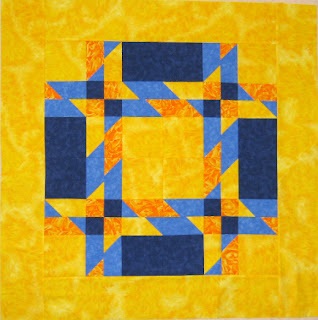 Four such blocks combine to make an attractive table topper.

Yesterday we wondered if having a half square triangle on each side of a Friendship Star block would present a problem for Quarter of Nine blocks. It didn't.


But what if the squares on the side of a block were something more elaborate, say something like an hour glass.

Probably not. But we'll find out for sure tomorrow when we play with an Ohio Star block.