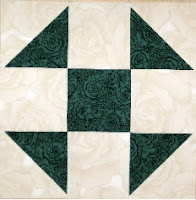 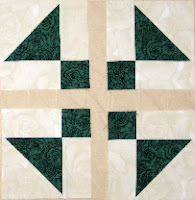 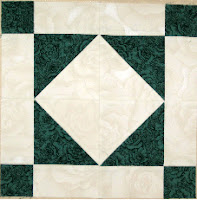 You could take the four squares that were in the center, move them into the corners and sew the quarters back together to make this block. 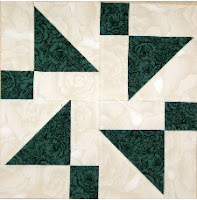 You could let the 4 quarters of the Shoo fly block chase themselves around in a circle to make this block. 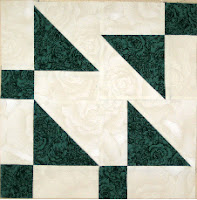 You could sew the  four quarters back together so that three are facing one direction and the other one facing is facing in the opposite direction. 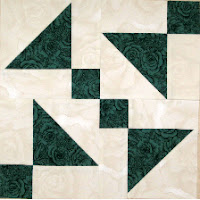 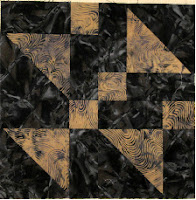 Here's another way to have three facing one direction and the fourth one facing the opposite direction. 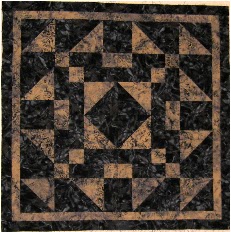 Put four of the above block together and you get this table topper. 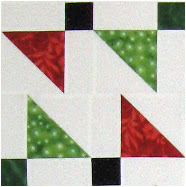 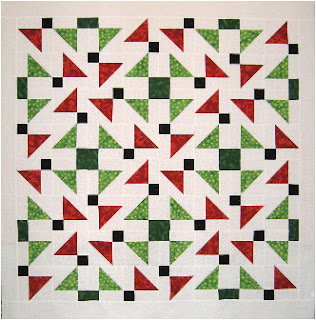 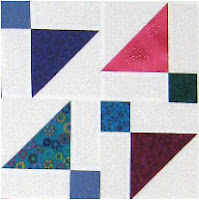 You could try this arrangement of the quarters and make them using scraps from your stash. 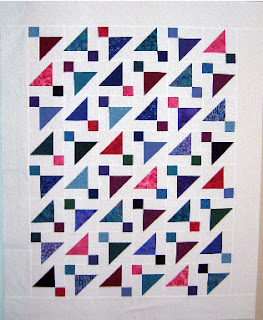 You could then use your scrappy block to make a quilt like this one.

Like the Nine Patch block that I cut up yesterday, Shoo Fly is sewn together from nine squares. When I cut a nine square block into quarters, I call the new blocks I get Quarter of Nine blocks.

Also like Nine Patch, the side squares of Shoo Fly are plain. What would happen if they weren't?

Tomorrow I'll cut a Churn Dash block into quarters and we'll find out.