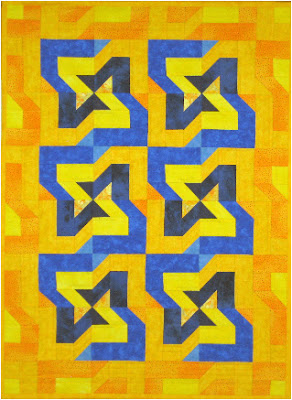 I began designing Campsie by asking:

What if I add some half-square triangles to a ninepatch grid?

What if I make 2 versions of my new ninepatch block using different colors? 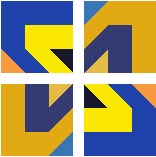 What if I use 2 of each version to make a pinwheel block?


Because it's a pinwheel made using ninepatch blocks, I call this a ninepatch pinwheel block.

It turns out that my ninepatch pinwheel block, which I decided to name Campsie, is a tessellation. The blues form a shape that is identical to the shape formed by the yellows. When a single shape combines to fill a space the result is a tessellation. 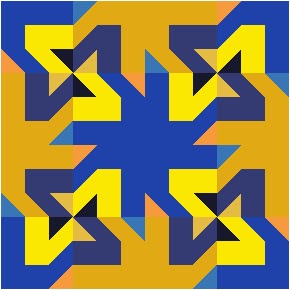 When the Campsie block is rotated, the result is tessellating shapes once again. 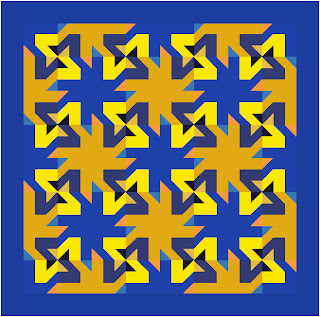 A quilt made from the rotated blocks makes me think of Sunbursts.