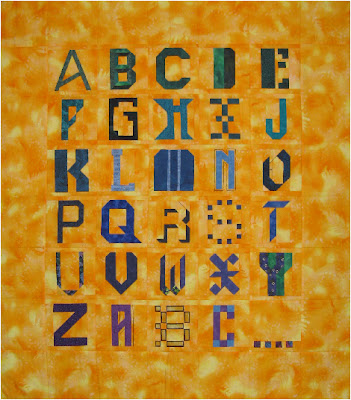 This is a sampler quilt. It shows samples of 29 different pieced alphabets on the front with another one on the back.

I began my quilting career by designing pieced alphabets and quilts to put them on. It didn't take me long to realize that it would take me years to sew all the quilts for all the alphabets I had designed. So I made this quilt using a few letters from some of my alphabets.

Since I intended to continue designing new alphabets and alphabet quilts I named it To Be Continued..... 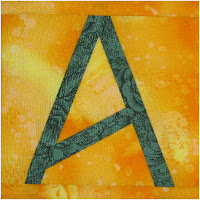 This A is from my alphabet Olympic Plaza.

Because of the odd angles, this is one of the very few times I used paper piecing to sew an alphabet. 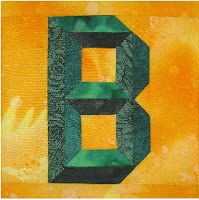 This B is from my alphabet Copperfield.

It is meant to look three dimensional and is sewn using inset seams. I never use inset seams, but I did this time. 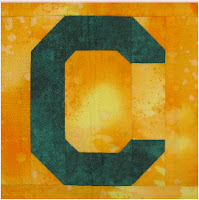 This C is from my alphabet Ogden.

The inspiration for this alphabet was a simple octagon. 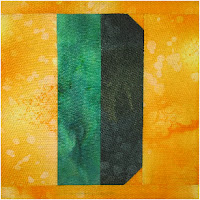 This D is from my alphabet North Haven.

North Haven is designed without the usual spaces in the letters. Instead it relies on shape and the interplay of two colors to define the letters.

For more about this alphabet go to
4 October 2010. 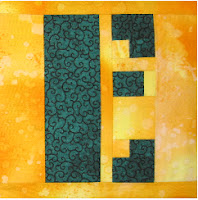 This E is from my alphabet Spy Hill.

Spy Hill is based on a traditional stencil alphabet. The kind we used when I was at school hundreds of years ago.